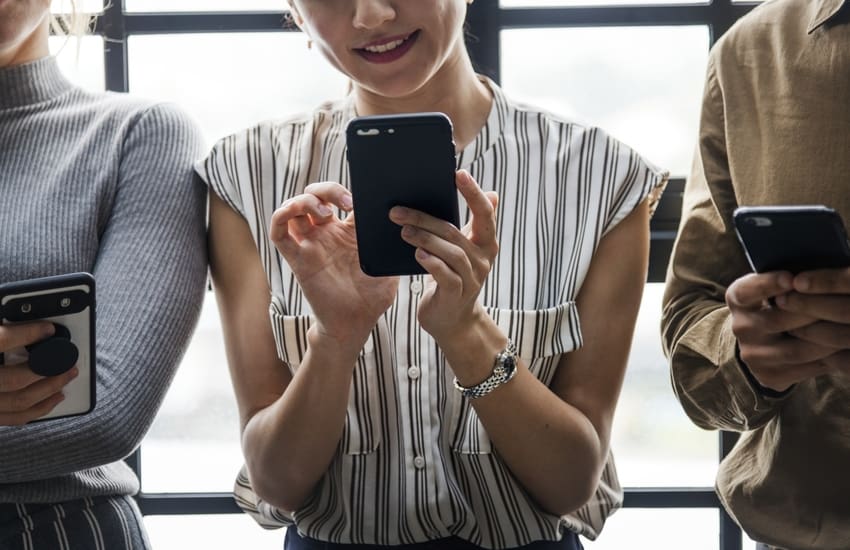 I want to introduce with my article, that will help you to know Why Indian Smartphones, mainly Micromax, have failed? Why does Nokia lose its position instead of the top? What really happened? Without taking the time, Lets jump on that.

Today’s we are always seeking products having splendid features and affordable prices too. In that case, we appreciate and jump over foreign brands rather Indian brands. “Have you noticed how Chinese smartphones are growing in India”?

As of Counterpoint reports, Chinese brands today control more than 75% of the Indian smartphone market. According to Statista, China’s domestic mobile phone market has become one of the largest cell phone markets in the world. Therefore, Chinese smartphone brands are being planted all over the world mainly in India.

Which Chinese Smartphones are being used?

In India, out of five best selling smartphones, four are Chinese vendors. Xiaomi retained the top point with a 27.1% ( in Q3) market share comprising 12.6 million shipment units. However, their market share has fallen from 30.6% in Q1 2019. You have seen that report of IDC of Highest selling Smartphones in India.

“There was a time when no Chinese companies were in India”, only Nokia, Samsung, Sony, Motorola used to compete with each other, and Nokia used to be a king in Smartphones even they make and break records itself. But it also disappeared and had been kicked. No one wanted to buy Nokia brand phones. There were many reasons ” Why it failed, and been avoided to buy”? You will have also noticed Nokia has entered the Android world after it had failed.

What is the Root Cause of the Failure of Micromax?

Are looking for why Micromax has failed? So you are on the right track. There are many reasons that made Micromax flop, but the root cause behind the fall of Micromax, when India launched 4G and  Reliance Jio brought a revolution in India. According to Vikas Jain, co-founder, Micromax Informatics Ltd, Micromax found itself with a huge stock of 3G smartphones across its supply chain, which it had to get rid of at a time when the market was focusing on 4G devices. Furthermore, there were many reasons to make it flop. Besides these, will you know further causes of failure?

Foreign brands connive in our country as India is the biggest market for them. branding, get a lot of customers as well. Consequently, International brands like Mi, Facebook, Realme usually shake hands with India. They spend a lot on their advertising and marketing campaigns that influence and attract itself. Apart from marketing and advertising campaigns, most Vendors are setting up their manufacturing plants for instance Vivo, established R&D centre.

Although Indian always thought — “India’s Smartphones never ever could be an International brand, and likewise Micromax, Smartphones will be introduced either. Today’s time not only Indian Smartphones lose rank but also other Smartphones brands disappear from their position, for instance, Motorola, Sony etc. You will be surprised to know according to the IDC report.

In the second quarter of 2019 (Q2), smartphone shipments reached to 36.9 million, up from 32.1 million in the previous quarter, according to International Data Corporation’s (IDC) Asia/Pacific Quarterly Mobile Phone Tracker.

This was driven by multiple online sale festivals since the Chinese company was introduced in India. And In the same year, Online Shopping had been liked. Likewise Mi, All other brands had done the same, And Samsung used to give a more specification phone with more cost, would be launched at a low cost.

Chinese products are easy to buy as they are cheaper than Indian goods because they are produced in high quantities. According to Statista, China’s domestic mobile phone market has become one of the largest cell phone markets in the world. Therefore, Chinese smartphone brands are being planted all over the world mainly in India. “Xiaomi, Vivo, and Oppo give targets to distributors that are based on volumes. Instead, a brand like Samsung gives targets based on value,” said a distributor based in Gurgaon.

As per the report, China became the largest market in the smartphone industry all over the world. China bans Google, Youtube, Amazon, and the same popular American brands, their population never able to use it. In contrast, China has made the same likewise Youtube, Amazon, Google namely Alibaba, Youku, Baidu respectively. China never promotes American brands in their country.

Total smartphone production in 2015 was approximately 616.6 million units about 51.9% higher than in 2014. Export is the major contributor to the industry revenue and accounts for about 74.8% of total revenue. In 2015, smartphone export amounted to $73.5 billion, while import accounted for $3.2 billion.

Everyone looks for smartphones which have a great feature, quality. Some have wished “I should have the best quality phone”. But Why? maybe showoff.

It seems that smartphones add extra cameras every year. Nowadays, the quad-camera is being liked, despite that, nobody knows what all cameras use it for. Still, we just wish to buy more camera phones. The next is gaming, Chinese smartphones feature your Snapdragon processor with low cost, and you will be able to play a game that requires more RAM, and Storage. Where Samsung gives you 4GB RAM, costs you around 16,000 while on the contrary, Mi Realme and Vivo cost you only 10,000.

4. TIME OF BEING E-COMMERCE

The E-commerce platform is being used day by day. It is quite tough for the offline market to stay over in the same position and becoming difficult to compete with them. We all prefer to buy online because it gives us a lot of things like a discount, return, free delivery and replacement policy as well. As it provides you with goods and services at home, you neither need to go shopping malls and small shops. The dealers easily can be sold, without being negotiated. Customers just need to scroll down the website and select the product whatever they want you. I forget one thing that is profit margin, commission, that has been charged.

The offline market is being dominated by Oppo and Vivo. As they were paying an extra amount of money to retailers and distributors to keep their brands in front customers eyes. Retailers could make easy money from Chinese brands by showing the number of devices sold, while a brand like Samsung demands that they sell phones worth a particular amount. In a market that mostly buys cheaper phones, achieving value targets, like that of Samsung’s, are more difficult.

Unlike online markets, retailers are unable to maintain stock, apart from that it also costs a huge amount of effort.

Nokia hadn’t been focused since android stepped on Earth. Now the time ” The King is no More”. The CEO of Nokia made a mistake to avoid Android, and continue on Symbian too. Instead, Nokia amalgamated with Microsoft but it failed again as well. We should leave that section after a brief digression.

Since the Mi phone launched in India, the price of Samsung has gone down. As you know that Chinese companies let you provide more specifications with a low budget so we could buy without thinking too. Before introducing Chinese companies, we had thought about whether to buy it or not.

Usually, the price of such smartphones is under 15,000. Thereby, The low budget Smartphones are being brought to like. Let us take an example: If you visit a mobile shop to buy a Smartphone, the shopkeeper will show two smartphones. One has a Snapdragon processor, quad camera, OIS, 5000 mAh Battery, 4GB of RAM, etc which price is 25,000. Second has the same feature but the price is around 15,000. “Which Smartphone will you buy”? Very few phones had Gorilla glass, that was too high and could not make an effort to buy. Although Yet all these low budget Chinese Smartphones absolutely give it all.

Of Course, it is quite easy to eliminate high price smartphones. Ok, I don’t want to keep any longer in that section. Let’s move to the next. 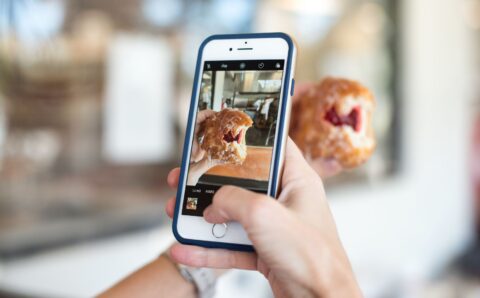 How do you reverse image search a cropped picture on an iPhone?

Reverse image search is a handy feature on the iPhone that allows you to search for pictures that have been cropped or cut off from... 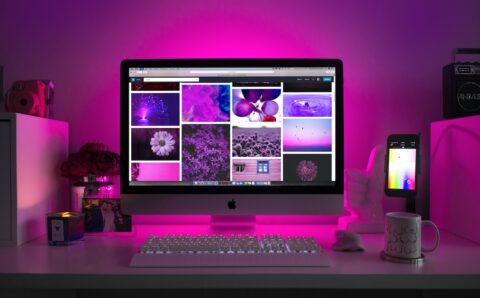 What Are UI and UX? How They Impact Page Speed Optimization 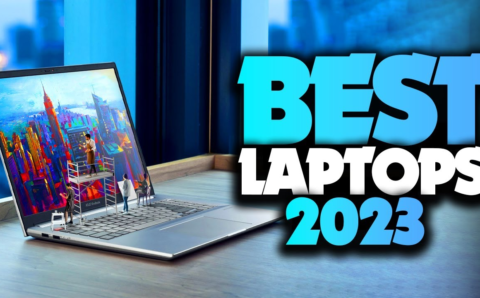 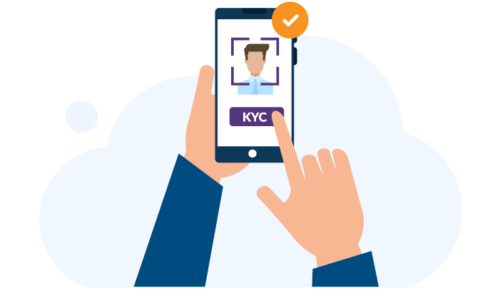 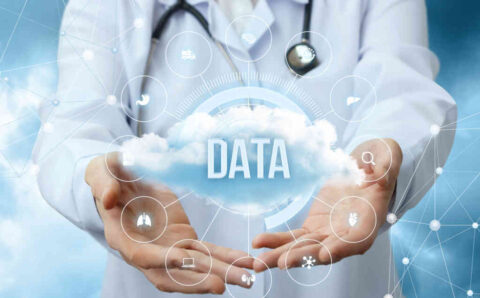 Six Ways to Make Sure Your Data is Healthy